You are here: Home / Press Advertising

What is National Press Advertising?

National press advertising is a form of above the line advertising which involves placing ads in national or local press media. Whether it’s a newspaper, magazine or trade publication, press advertising can achieve huge reach on both a local and national scale. National newspapers alone are purchased by over 6 million adults daily and read by over 12 million – that’s more than 1 in 4 of the UK adult population every single day.

Lavery Rowe Advertising has 40 years’ experience creating impactful national press advertising campaigns and can help develop your campaign strategy, setting clear key performance indicators (KPIs) against which the performance of your campaign can be measured. Lavery Rowe can design your press ads, write the copy, plan and book the media and help you measure and interpret the results. Lavery Rowe places over 11,000 direct response press ads every year. As one of the UK’s largest buying points of press advertising space we use our immense buying power to save you money.

Whatever your marketing objectives are, whether driving web traffic, telephone enquiries or postal response or driving sales through retail, Lavery Rowe has 40 years of press advertising experience to help you achieve your goals.

Looking for a Press Advertising agency? Get in Touch!

Why use National Press Advertising?

Here are our Top 10 reasons for making national press & magazine advertising a core part of your marketing mix:

Examples of our Press Advertising Projects

When you work with Lavery Rowe Advertising 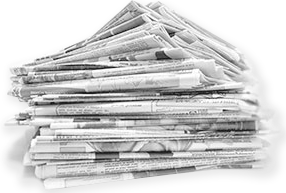 The superior Impact and Engagement of National Press Advertising

Newspapers and magazines engage their readers for longer than most other media. They are read for longer, often by readers who identify with the content and who have paid to read them, and often kept for longer. You have the reader’s attention and the physical space, such as a full-page ad, to be able to get their interest, create desire and generate action (AIDA). That’s why on average print ads are viewed for 2.5x longer than digital ads.

The Scale and Reach of Newspapers and Magazines

By placing ads in a paid for newspaper or magazine you are talking to potential customers within an environment they trust. Research has proven people react positively to ads in the familiar context of their favourite newspaper or magazine. It has also been shown that physically touching print ads increases purchase intent significantly.

This site uses cookies. By continuing to browse the site, you are agreeing to our use of cookies.

We may request cookies to be set on your device. We use cookies to let us know when you visit our websites, how you interact with us, to enrich your user experience, and to customize your relationship with our website.

Click on the different category headings to find out more. You can also change some of your preferences. Note that blocking some types of cookies may impact your experience on our websites and the services we are able to offer.

These cookies are strictly necessary to provide you with services available through our website and to use some of its features.

Because these cookies are strictly necessary to deliver the website, you cannot refuse them without impacting how our site functions. You can block or delete them by changing your browser settings and force blocking all cookies on this website.

These cookies collect information that is used either in aggregate form to help us understand how our website is being used or how effective our marketing campaigns are, or to help us customize our website and application for you in order to enhance your experience.

If you do not want that we track your visist to our site you can disable tracking in your browser here:

We also use different external services like Google Webfonts, Google Maps and external Video providers. Since these providers may collect personal data like your IP address we allow you to block them here. Please be aware that this might heavily reduce the functionality and appearance of our site. Changes will take effect once you reload the page.